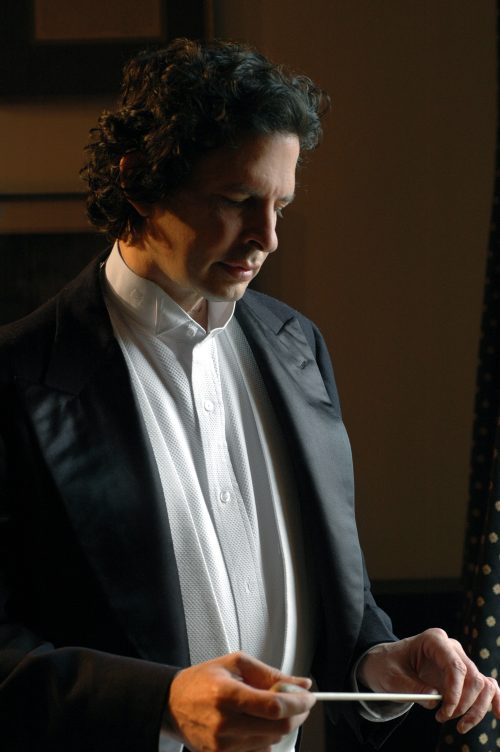 Gregory Singer is an American born violinist, composer and conductor. As the son of renowned conductor, Jacques Singer, he grew up surrounded by great music and legendary artists, inspiring a passion to continue the rich tradition in which he was raised. Following studies as a violinist at the Juilliard School, he began to receive frequent conducting engagements, and in 2005 founded the Manhattan Symphonie.

Gregory has composed numerous musical works over the years. His very popular “Central Park Waltz” and “One for the North, One for the South” were published by Carl Fischer Music.  “Memorial Processional” was composed in 2010 to commemorate the victims of the 9/11 tragedy. Its haunting melody has captured the hearts of audiences in America, Japan, Spain and Russia, and has led to performances of the work at a wide range of benefit events worldwide for other global issues, including relief concerts for the devastating 2011 earthquake in Japan and the catastrophic 2013 typhoon in the Philippines. The melody of “Memorial Processional” was also used in the PBS documentary “They Survived Together” in 2021. Gregory enjoyed successes in Italy and Russia as a guest conductor.

As the music director of the Manhattan Symphonie, Gregory has performed numerous concerts at prestigious American venues, including sold-out concerts at Lincoln Center and Carnegie Hall. Under his baton, Manhattan Symphonie was chosen as special cultural ambassadors in 2009 to celebrate the thirty-year anniversary of Sino-American relations. There have been five return engagements to tour China since their initial tour, including performances at the most prominent halls in Beijing and Shanghai. However, the orchestra’s sixth tour during the holiday season 2019-2020 was abruptly canceled just one week prior to the departure date due to the Corona virus.

While the world has been locked down, Gregory kept himself busy focusing on his art projects and music productions. He published his first children’s book entitled “Spaceman’s Adventures on the Planet Earth” in which a friendly spaceman comes to Earth to remind people to wash their hands. The Spaceman travels the world and enjoys sightseeing and meeting people. The book and Gregory’s art calendar 2022 are available at www.SpacemansClub.com and Amazon.com to purchase. Also his drawings are uploaded almost daily to his art site www.GregorySingerArt.com.